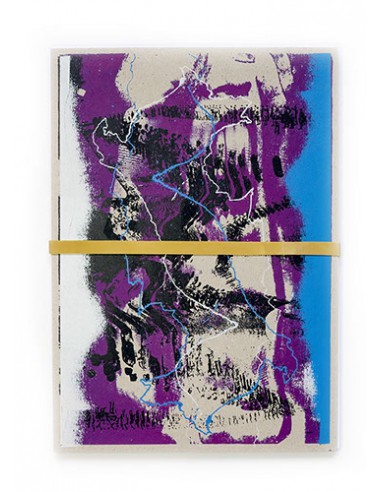 These images account for the meeting between Julián Barón and the archive that Yuyachkani theatre group disposes for the public at the entrance of Sin título, técnica mixta [Untitled, mixed media], a production that questions the construction of Peruvian historical memory. The archive invites us to delve into newspaper clippings, photographs, school books, artistic images and other documents before entering the room where the scenic action takes place. The entire production examines the Guerra del Pacífico (1873-1889) and the Conflicto Armado Interno (1980-2000), two wars that define Peru’s republican era and reveal the history of the country’s fractures.

Memorial is a series of photocopies marked by the manual manipulation of each of its documents. Traces, decompositions, creases, slippings, glazings, grain degradation, fragments, inversions, double exposure. Its title leads us directly to the process of establishing certain things -events, characters, symbols- that define our shared history. However, this series inquires about the relation between the images of war and the concrete forms taken by two very different kinds of social abstractions: national symbols and money. The former quickly lose their shape, disfiguring the limits of the mental space in which Peru has been represented throughout its history; the latter makes its entrance about halfway through the series –when Túpac Amaru clashes against the dollar–, soon to saturate the entire space of the paper.