RFK, published during the fortieth anniversary of Robert F. Kennedy's assassination, is the long-awaited follow-up to Fusco's acclaimed RFK Funeral Train, a body of work heralded as a contemporary classic.

RFK, published during the fortieth anniversary of Robert F. Kennedy's assassination, is the long-awaited follow-up to Fusco's acclaimed RFK Funeral Train, a body of work heralded as a contemporary classic. This historical new publication features over seventy never-before-seen images, many selected from the untapped treasure trove of slides that comprise the Library of Congress's Look magazine collection.

As a staff photographer for Look magazine in 1968, Fusco was commissioned to document all the events surrounding the funeral. In addition to capturing the thousands of Americans who stood by the railroad tracks to greet the funeral train carrying Kennedy's coffin, he also photographed the mourners gathered at St. Patrick's Cathedral in New York, as well as the dramatic night burial in Arlington National Cemetery. Newly discovered photographs are presented alongside classic images of the funeral train that have been seared into public consciousness from two previous iterations of the work: a 1999 limited-edition and the 2000 trade edition, both long out-of-print.

Paul Fusco: RFK provides a new perspective on this legendary photographer's singular achievement. It also helps solidify the status of this classic body of work as one of the great efforts in photographic reportage and an incomparable document of this pivotal moment in U.S. history.

The Bridge at Hoover Dam

Robert Polidori
ste-640
€98.00
An incredible journey through the process of transformation and change of Versailles during the last 25 years
View 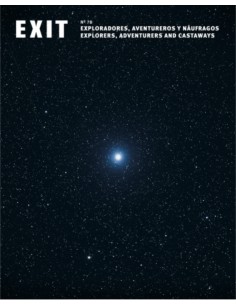 Mona Kuhn
ste-616
€58.00
This work began as a personal journey. Metaphorically, I was thinking of a bird that flies back into the forest, searching for its childhood nest
View

Paola De Pietri
ste
€55.77
In To Face De Pietri preserves these memories in a series of photographs of the Alps between Italy and Austria.

Paulo Nozolino
ste-5002
€24.00
Makulator is an atmospheric and sincere response to the death of Nozolino’s parents.
View

Robert Frank
ste-636
€18.00
Portfolio contains Frank’s earliest original photographs as well as the work of other photographers which he had retouched
View

Santeri Tuori, Time Is No Longer Round